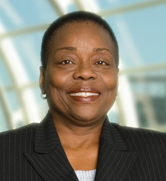 Carol Wallace : After opening the Denver Convention Center, I made the move in 1991 to help San Diego with its new Center. It was an immediate success and it was a cornerstone of the redevelopment of downtown San Diego. It has been a wonderful experience. Working with the community, we opened an expansion of the Center in 2001. The Gaslamp District, which sits across from our front door, was once a dangerous neighborhood. Today, it is full of world-class hotels, restaurants, shopping and entertainment. It has been great to see how the Center has driven the economic revitalization of this beautiful city. Now thousands of San Diegans live downtown which would have been unheard of in 1989 when the Center opened. It is a wonderful, dynamic, and safe experience for our convention attendees as well as those who have made downtown San Diego their home. Everything is walkable and our location on the San Diego Bay makes the experience unique, especially given our spectacular weather. Over the last several years we have led the effort to expand the Center once again, and I am thrilled to say the City of San Diego is in the final stages of securing funding to add another 250,000 square feet of exhibit space. But what is equally exciting is the expansion will also add a 5-acre roof-top park and public open space overlooking San Diego Bay that will be accessible to the public and host events for our clients but also for the residents of San Diego. It has truly been a wonderful experience to be a part San Diego’s emergence as a top convention destination while seeing how our industry can be such a strong economic engine for a city and its residents.
Of course this success has been driven by a great team here at the Center. Their commitment to service and hospitality has helped us stand apart from others in the industry.

TTW – When you are not thinking about work, what do you like to do in your leisure time?

Carol Wallace : I am a very lucky Grandma and so I spend as much time as I can with my granddaughter and grandson. I have a large family and I spend most of my time with my family. One of my other joys is giving back through volunteering, where it is in my church or in my role on the Board of the United States International University in Nairobi, Kenya.

TTW: Being in this travel industry for so many years, what difference do you see now compared to then?

Carol Wallace : I think the biggest change I have seen is the growth and professionalism that has shaped the industry since I was just starting my career in 1980. Professional organizations have really helped create career opportunities, training, mentoring programs that have transformed the industry. At the same time, the meeting industry has grown tremendously so it has provided a great opportunity for so many people, including me, to find a career path in this industry.

TTW: Did technological advancements proved to be a boon for the travelers?

Carol Wallace : Absolutely. It is hard for anyone, I think, to imagine what it was like before the Internet gave us instant access to flight information, discount hotels, restaurant reviews, travel guides, etc. It has really transformed the entire industry and I have no doubt that transformation will continue. One clear example is how the advent of Twitter has been adopted by organizations like ours to enhance our services by providing attendees to meetings with a range of destination information. We also use it to help make meetings run smoother. For example, we host the annual Comic Con convention each July that draws more than 125,000 people over four days. The lines can be a major disappointment to those attending if they wait for hours only to learn that the room has filled-up. Our team uses twitter to help keep those waiting in line updated on the number of seats remaining, changes in programming, etc. that then helps them feel like they can make an informed decision about whether to continue waiting or move to something else. In this way we have helped make those attendees feel like their time is valued and that we are trying our best to make their experience a good one. We have also used Twitter to send out parking information that has also been well received by attendees.

TTW: Why should one choose San Diego as their destination to hold an event?

Carol Wallace : There are dozens and dozens of reasons that make San Diego an ideal meeting destination. Most people are aware of our year-round warm weather (we average 72 degrees year round) but that is just a start. Our airport is only 3 miles from downtown; our facility is surrounded by more than 11,000 high-quality hotel rooms; the Center sits along the Bay which makes evening walks or morning runs a real treat; once someone arrives for an event they do not have to get in a car as everything is walkable which makes spending days in a meeting less troubling when you know you get to go for a nice stroll through the Gaslamp District and find a great restaurant to have dinner. Petco Park, our major league baseball park is directly across from the Center as well. Plus, we are famous for the San Diego Zoo, SeaWorld, Lego Land which make bringing the kids along for the trip much easier. Plus, you can’t beat a day at the beach, even if it simply involves walking with sand between your toes or watching the sunset before a dinner on the San Diego Bay.

TTW: Are there any green or sustainability initiatives which have been implemented in the Centre’s design?

Carol Wallace : Our last expansion opened in 2001 and many new technologies have emerged since then so we have made great strides at adopting new technologies to help reduce our footprint. We adopted a recycling program immediately after the facility opened in 1990 so we have been leaders in environmental stewardship since the beginning. Our highly successful conservation and recycling efforts have earned us LEED Silver Certification from the U.S. Green Building Council and more than a dozen state and city awards for our eco-conscious initiatives over the past five years.

A few of our most recent actions include:

• Installation of fluorescent lighting in exhibit halls saves 1.3 million kWh annually and reduces energy consumption by approximately 44 percent in our contiguous exhibit halls. The SDCC is the first in the nation to go 100 percent fluorescent in the exhibit halls.

• Environmentally responsible dry cleaning and laundering services for staff uniforms use biodegradable solvents, which are easier on the environment.

• A food composting program began in June 2007. Nearly 150 tons of food waste is diverted annually. Ultimately, our goal is to divert all food scraps, eliminating the use of garbage disposals.

TTW: What has been the key to The San Diego Convention Center’s success?

Carol Wallace : We have been blessed with a range of attributes that have helped drive our success; from wonderful weather, a beautiful facility, a vibrant downtown, etc. But I think the key element in our success is our people at the Center. Many have worked here since the building opened in 1989. They are very proud of this facility and they have a spirit, what we call the Spirit of San Diego, which drives our success. I am often told by meeting planners as well as attendees and exhibitors that they have never experienced the level of professionalism, high quality service and hospitality as they do when they are in San Diego at our facility. It really has been why we have retained our clients and been so successful at building on our success.

TTW: Is the centre sketching any other plans to make it more advanced?

Carol Wallace : The City of San Diego is currently in the final stages of plans to expand the facility, making it the largest contiguous exhibit hall on the West Coast of the United States. The design incorporates more than 5 acres of roof top public space that will provide expansive views of the San Diego Bay and the city skyline. It will incorporate numerous leading edge environmental elements, including rooftop plantings that mirror the coastal areas surrounding San Diego.

Carol Wallace : The year ahead looks very strong for us. We are one of the top destinations for medical meetings and we have about 16 coming this year. The recovering US economy is helping drive increases in attendance and spending that we saw take a large dip during 2008-2010.