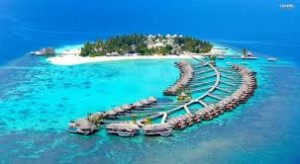 The Cayman Island saw a surge in visitor numbers due to the Cruise market and the island welcomed more than 1.3 million visitor from January to June 2018.

There was around 20 per cent increase or 214,711 visitors as compared to the same period last year . In the first half of the year the air arrivals were up 15.9 percent showing an increase of 34,693 visitors while cruise passengers arrivals majorly contributed to the island’s total visitation with 81 percent arrival.

June marked the 15th consecutive month of growth in arrivals with record-breaking achievement on record for stayover.

The island is able to maintain an impressive, double-digit increase for a sustaibale period through right marketing strategies, vision and spirit.

This has resulted in a significant boost to the Island’s economy and is keeping the hospitality service employed throughout the summer.

It was estimated by the department of tourism that between January and May 2018, CI $325 million was the visitor spending from cruise and stayover arrivals. This showed an increase of $45 million as compared to the same period last year.