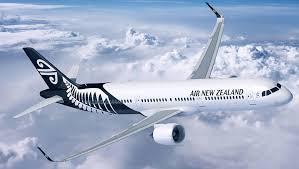 Continous problems with some Rolls-Royce engines fitted to its Boeing 787-9 aircraft has led to the grounding of almost 100 flights of Air New Zealand over Christmas and New Year.

The Rolls-Royce engineers will be inspecting and servicing ten of the engines that has been taken abroad.

According to Air New Zealand’s senior fleet manager 787, Captain Dave Wilson they have 14 787-9 Dreamliner aircraft in their fleet and four spare engines to power these. But all these spare engines are with Rolls Royce offshore either undergoing service or waiting for a service slot.

Christchurch-Perth service has been suspended by the carrier and it has halved frequency on its Auckland-Perth link between 10 December and 5 January.

Between Auckland and Sydney twenty other flights have also been grounded, it is expected that the short-notice cancellations will be affecting 14,000 passengers.

Air New Zealand said that the airline will start processing changes to customers’ bookings this week and then directly contact customers affected by these changes with new travel information.

In 2014 for Boeing it was the launch airline.

Severe vibrations were felt by the passengers on flights from Auckland to Buenos Aires and Tokyo.

The turbine blades were wearing out faster then expected and  more than 200 planes were grounded worldwide.

Among the affected flights were British Airways, Norwegian and Virgin Atlantic, The  frequency of Heathrow-Miami service and it shuffles the fleet to cover for missing 787s Norwegian has been chartering in aircraft from other airlines.