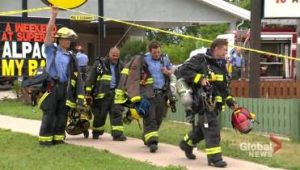 A total of 46 people were taken to hospital after an automatic alarm alerted Super 8 hotel staff in Winnipeg to a leak in the boiler room on Tuesday. At least 15 people are in a critical condition, and five more unstable, following a carbon monoxide leak at a hotel.

Those in a critical condition were reported to have high carbon monoxide readings in their blood. Officials said that, they were transported critical based on that reading and other symptoms, such as nausea, vomiting, shortness of breath, a decrease in level consciousness.

Fire crews detected carbon monoxide of various levels, up to 385 parts per million, throughout the building. Firefighters realised that there were extreme levels of carbon monoxide and their quick actions likely saved a lot of lives. There were 52 people and one dog in the hotel at the time of the alarm.

The first responders were helpful were able to get here so quick. The utility company Manitoba Hydro has shut off gas to the building, and is working to determine the cause. The hotel’s owner, Justin Schinkel, said the building had recently passed a fire inspection and had no history of carbon monoxide leak.

Winnipeg Regional Health Authority said, “We can confirm there have been no fatalities, nor any patients requiring intensive care services”.