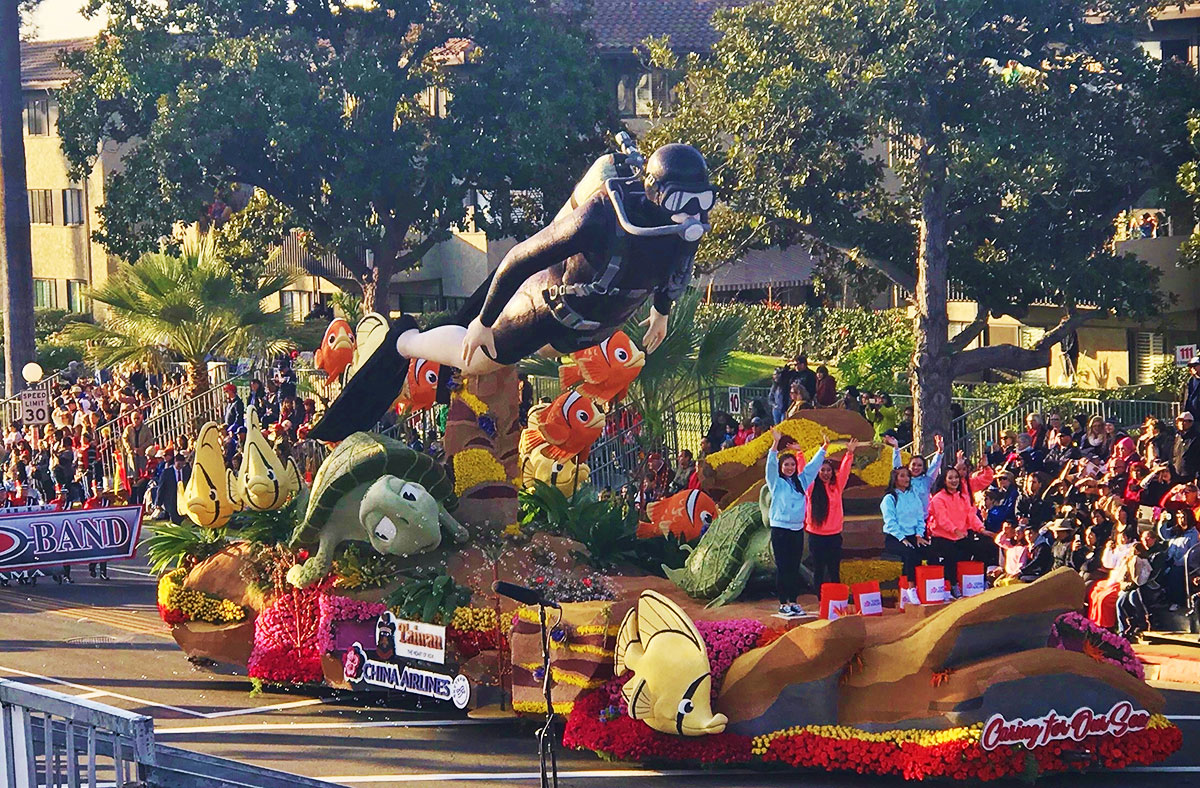 The 129th Rose Parade was held on 1 January (Pacific time) in Pasadena City. The China Airlines float with theme of “Caring for Our Sea” won the top prize again this year. The theme of the float is the diversity of marine ecology and diving activities. It represents increasing awareness of marine environmental protection. Characters engaged in beach clean-ups were also included to represent the results of leading by example. The float is aimed at encouraging travelers from around the world to visit Taiwan and exploring its colorful underwater world.

The design concept of this year’s float is based around a diver swimming through the seas of Taiwan with the green sea turtle, latticed butterfly fish, clownfish, colorful coral and sea grass keeping him company. Young dancers playing the role of beach clean-up volunteers also engaged with the audience and formed part of the overall display. The magical and vibrant world under the sea symbolized the strides made by Taiwan in environmental conservation and captured the audience’s imagination.

A clean and beautiful sea represents the efforts and progress made by Taiwan in protecting the natural environment. China Airlines organizes volunteer beach clean-up events every year to give back to society and fulfill the corporate philosophy of sustainable development. Such dedication to the ocean environment matched the theme of “Make a Difference” chosen for this year’s parade. It recognized the selfless contributions of volunteers.

China Airlines has participated in the Rose Parade every year since 1987 and strives to create an original float design each time. This year marked the 32nd time that China Airlines has taken part in the festival and it is also the only airline to win an award. This year, China Airlines has once again partnered with the Ministry of Foreign Affairs and Tourism Bureau to let Taiwan shine on the international stage. This will hopefully draw more travelers to come and experience the beauty of Taiwan at its finest. (2018/01/02)