In 2018, the UK delivered highest number of overseas visitors to Philadelphia 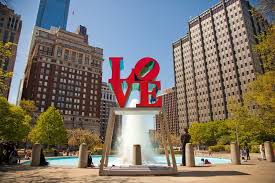 Greater number of visitors with direct dollars is instilled into the economy of Philadelphia.

“Hospitality is one of the largest and fastest growing employment sectors in Philadelphia because we continue to see visitation rise across all sectors. Overseas visitors are incredibly important as they account for 57% of all international visitation and 79% of all international visitor spending,” said PHLCVB President and CEO Julie Coker Graham.

“Every day our team is focused on telling Philadelphia’s story globally. In 2018 our team hosted 96 influential global media and 334 travel trade professionals in-market. By doing so, we’re able to reinforce positive perceptions of the city and encourage and inspire future visitation.”

Also, the PHLCVB works together with local industry partners like the Greater Philadelphia Hotel Association, Visit Philadelphia and the Philadelphia International Airport. The collective message of the destination is resonating: the American experience should start in the city where the country was founded. Nine of Philadelphia’s ‘top 10’ overseas markets in 2018 grew year-on-year (YOY). The top five markets of Philadelphia are the United Kingdom, China, Germany, India, and France, respectively. Some of the notable highlights include:

To Philadelphia, the United Kingdom delivered the highest number of overseas visitors at 112,000 (a 3.1% YoY increase).