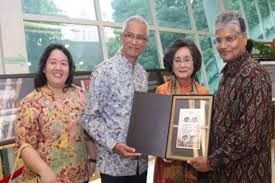 Nia Niscaya, the Deputy Minister for Tourism of Indonesia explained that from October this year, direct flights will be operational from Delhi to Bali via Chennai, in a bid to spur the influx of tourists.

While speaking to ANI, the Minister recognized that developing connectivity between the two countries will give tourism a much-needed impetus.

“Highest growth in tourist numbers is from China, second from India. This year, the target we are given is a challenge due to the lack of connectivity. In October this year, a flight from Delhi to Bali via Chennai will be operational. This will help tourism flourish. While we wait for this to happen, we are using Singapore as a hub. We are giving out deals (on flights) to encourage people coming to Singapore to extend their stay to Indonesia. Many Indians come to Singapore, and we want to tap this.”

She highlighted that now the aim is on growing connectivity to Bali, keeping in mind its popularity among tourists. Nevertheless, operations will be expanded to other destinations in the future, she added.

While echoing similar sentiments, the Ambassador of India to Indonesia, Pradeep Kumar Rawat stated that discussions are being held between civil aviation authorities in both countries regarding a boost to direct connectivity.

“In terms of numbers, the growth of Indian tourists to Indonesia is among the highest. We must provide more connectivity. We are neighbours, we share a maritime boundary. It is important for us to build direct connectivity to bring more tourists. We do have to enable framework in civil aviation ministry. Authorities in both countries are in talks for the same (direct flights). In my view, this will encourage tourism and low-cost airlines can follow suit,” he opined.

Between India and Indonesia, this year shows the completion of 70 years of bilateral ties. To honor the occasion, the two officials inaugurated a photo exhibition at the Prambanan temple complex in the city, depicting the journey of the two countries over the last 70 years.

Rawat reiterated on the sidelines of the event that the prime industries, including tourism and security, need to be strengthened in collaboration.

“We are close in our hearts, we now need to become close in mind also to make our relations more concrete,” he added.