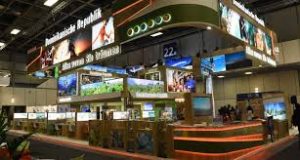 The 2020 Vienna Ferienmesse tourism fair started on Thursday with more than 800 exhibitors from over 80 countries including Croatia, which is a favorite with Austrian tourists.

Together with Italy, Croatia is the most sought-after destination for Austrians travelling by car, said the director of the Croatian National Tourist Board’s (HTZ) office in Vienna Branimir Tončinić. He added that 49% of Austrians travel with their own transport.

Tončinić said that in the first 15 days of January, there was an increase of 27% in arrivals and 18% increase in bed nights from Austria compared to the same period last year.

The fair in Vienna is expected to attract more than 160,000 visitors.

Last year, almost 500,000 Dutch tourists visited Croatia, generating 3 million overnight stays and HTZ believes that a positive trend might be witnessed this year from that market.