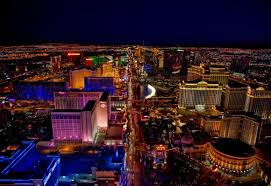 The aviation industry is an essential part of the financial condition across the globe, and in Las Vegas, McCarran International Airport acts as an economic engine that generates and contributes billions of dollars into the community and supports 25 percent of all local employment. Priding on providing superior customer satisfaction and being a leader world over in airport hospitality, McCarran has invested millions of dollars in infrastructure improvements, terminal renovations, and technology advancements in recent years.

McCarran has been seeing constant development for many years, setting and breaking passenger records every month, year after year. Last year, the Las Vegas airport greeted about an all-time high 49.7 million passengers, with international passenger traffic progressively on increase, and up almost 70 percent since 2009. In hosting World Routes, Las Vegas hopes to continue this trend by attracting new air services and visitors.