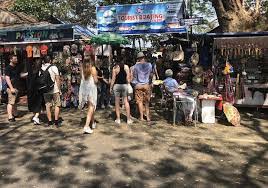 At present, India is the most preferred tourism market for Australia.

The government of Australia’s world tourist promotion arm, Tourism Australia, hopes that the number of Indian visitations would reach five lakh by 2020 and cross 10 lakh by 2025 from some 3.72 lakh during the year ended March 2019.

“In the last five years, there has been a 16% CAGR growth in Indian tourist inflows while the spending by them has gone up by 18% during the period,” he said.

A huge Indian population was already based in Australia along with Indian diaspora of 7.5 lakh people in addition to 90,000 students and a large base of Indian tech workers, he said.

“Our 2020 arrival goal for Indians was three lakh, but we had achieved this goal three years ahead of the target date in December 2017. That’s the kind of interest we see among Indians for Australian destinations,” he explained. Australia as the host nation of the ICC T20 World Cup for Women and Men in 2020, is expecting to sustain its growth route in tourism.

The country has of late made its online visa processing easy and seamless with no personal visits or need for biometrics. Also, it considers that its currency stability is an added attraction for foreign tourists.

Mr. Kashikar further said, “We expect an additional, up to 40,000 Indian visitors to Australia in connection with these two sports events. We want to make the ICC T20 World Cup for Women a very big event as part of our focus on popularizing women sports.”

“We are working with ICC and travel partners to make these events a huge success.”

While remarking on the rising travel trends in India, he said, “We see interesting trends emerging around tour and travel in India. For instance, the age of first time international travellers from India has been dropping from 55 to 25 and now, five years. A few generations ago, travelling overseas was a senior thing, it became a young thing and now a large number of small kids are part of the global travel from India.”