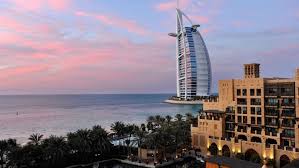 In the first half of this year, more than 2,500 hotels rooms were opened in Dubai, with almost half of them being in the luxury segment.

“Dubai was recognized as the leading MICE (Meetings, incentives, conferencing, exhibitions) destination in the Middle East and Africa region by Cvent, with Abu Dhabi in 4th position. Dubai’s ease of access and excellent supporting facilities are key for attracting MICE events,” said Christopher Lund, the head of hotels for Mena at Colliers International.

Dubai’s Department of Tourism and Commerce Marketing latest figures said that the emirate witnessed 8.36 million international overnight visitors in the first-half of this year, marking a growth of three per cent in tourism volume.

Except the UAE capital, the UAE’s branded hotels became more affordable with average daily rates going down 11 per cent in Dubai, Sharjah, RAK and Fujairah. But room rates in Abu Dhabi increased four per cent.

It is expected that the total branded hotel supply in the UAE will increase from 92,800 in the first-half of this year to 98,800 by the end of this year.