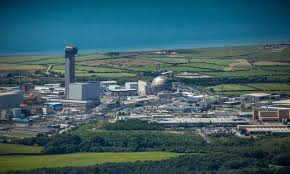 After 1986’s reactor fire unleashed clouds of radioactive material all over Europe, Chernobyl turned out to be the site of the worst accident of the nuclear age. Still this Ukrainian city is shorthand for a lethal atomic wasteland. Nevertheless, that didn’t put tourists off from visiting the area. In fact it actually became a major draw. The deserted city of Pripyat majorly remains frozen in time. At a time when several Soviet buildings have been destroyed or redesigned, this model town set up for workers is preserved precisely as the day it was abandoned. The yellow ferris wheel is one of its most creepy landmarks.

If you consider what happens in Las Vegas is wild, you should come and experience what they got up to just 100kms away at the Nevada Test Site. During the Cold War, mushroom clouds could be seen looming over the Strip from the 1021 test detonations. This Smithsonian-partnered museum situated on East Flamingo Rd celebrates few of these atomic age horrors. One can see the pieces of pop culture memorabilia, a simulated detonation in the Ground Zero Theatre and the strange Davy Crockett Weapon System — a nuclear weapon launcher so small it could be transported by a small team of soldiers.

By the side of the bucolic English Lakes where poet Wordsworth once “wondered lonely as a mushroom cloud” is the town of Sellafield. The Windscale nuclear reactor, which was part of the nuclear programme, was set ablaze in 1957, creating a large-scale nuclear disaster. In 1981, Windscale altered its name to Sellafield when associations became sour — even though controversy lives on like so much background radiation.