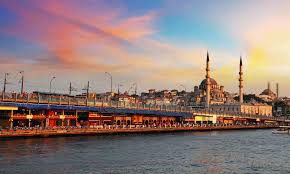 The number of UAE nationals traveling to Turkish cities in increasing constantly As per recent figures released by the Turkish Cultural and Tourism Office in Dubai, 13,296 Emiratis have visited numerous destinations all over Turkey in the first four months of the year. During the month of April 4, 466 UAE nationals travelled to Turkey, representing a 34.27% increase when compared April last 2018.

On the heels of this growth, numerous non-stop flights have been introduced from Sharjah International Airport to Turkish cities, with Air Arabia flying into Antalya and Trabzon, and Turkish Airlines flying between the emirate and Istanbul. In the meantime, around 110 flights depart from the airports of UAE for several destinations across Turkey each week.

“We are delighted to see Turkey climb to one of the most popular tourist destinations for Emiratis as well as other Gulf nationals. Visitors from neighbouring nations have always played a significant role in driving economic growth within Turkey by boosting its tourism sector,” commented Salih Ozer, Attaché of Culture and Information, Turkey to the UAE.

More than 8,735,200 tourists from world over flew into Turkey in April, representing a 24% increase compared to April 2018. The flood of tourists into Turkey in the initial four months of 2019 has been from Germany at just over 803,480 visitors, followed by Bulgaria and Russia.

The attaché added, “Turkey has a lot to offer tourists, from an adventurous holiday at the shores of the Black Sea to a relaxing vacation on Mediterranean beaches, from historic sites to iconic attractions, to plenty of exclusive shopping. The country’s proximity coupled with relaxed visa formalities makes it the perfect destination for our Arab neighbours. The outlook for the tourism sector is indeed quite positive, and we are hoping to hit record-breaking highs throughout the year.”