9% increase in visitor number from Japan to UK this year 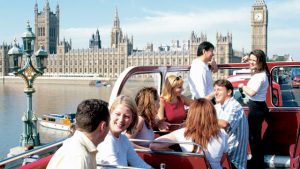 As  Japan and UK are strengthening  its economic and cultural ties Japanese tourism to the UK is expected to grow this year which will be the highest since 2007.

VisitBritain, national tourism agency stated that visitor numbers from Japan will go upto 270,000 in 2019 which will be up by 9% from 2017. This will help in raising GBP 285 million this year by stimulating visitors spending.

Michael Ellis, the UK’s tourism minister mentioned that the continued relationship will benefit both nations. The strong cultural ties between the two nations has translated into increased visitor number.

Tourism plays an important role in strengthening the economies of both the counties. Thousands of Brits are expected to travel to Japan for the Rugby World Cup in 2019 and the Tokyo Olypmic and Paralympic Games.

Japanese nationals will be able to use ePassport gates to enter the UK from summer 2019 which is a part of the government’s effort to develop a new immigration system.This will ease the process at the border and at present only the British and EU nationals can avail the process.

The visitor number will also get a boost as British Airways intends to launch a new direct, non-stop route from Osaka to London.

VisitBritain’s director, Patricia Yates stated that Japan is an important market for VisitBritain and she wanted the UK to be the number one destination in Europe for Japanese visitors. It was  encouraging to see the expected growth this year.

As tourism is a fiercely competitive global industry and the message of welcome and value is continuously promoted.