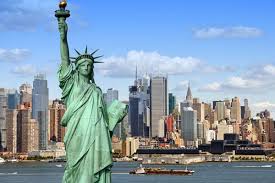 According to the National Travel and Tourism Office and the US Travel Association, the numbers for both outbound and inbound departures are growing. There were total 93 million travellers last year.  In total, 41.8 million U.S. citizens travelled across the ocean, which is up nine per cent for that year.

About 45 per cent of all U.S. air travel was to overseas and 55 per cent to North American markets. Europe was the most popular among U.S. travellers to overseas as 17.7 million travelled there in 2018. This destination saw an increase of 12 per cent.

Carribean stood at second position, as a total of 8.3 million U.S. citizens travelled there and it was up by five per cent.

According to the U.S. Travel Association’s latest Travel Trends Index, travel to and within the US grew 2.6 per cent year-on-year in February. However, the index continues to project a slowdown in international and domestic inbound travel growth. It still expects both to grow, but at a moderate pace.