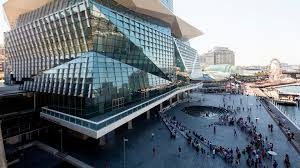 The 2019 financial year performance results of International Convention Centre Sydney (ICC Sydney) revealed that 1.4 million delegates and patrons who attended events at the venue generated A$896 million in direct expenditure for the State in its third year of operation.

Around A$654 million was contributed by the international and interstate visitors of the total expenditure. An economic contribution of A$902 million was made to New South Wales  by the venue’s operations and events.

According to the NSW Government’s suit of infrastructure projects – ICC Sydney a A$ 1.5 billion development comprises an industry leading convention centre, exhibition centre and the 8,000 seat First State Super Theater.

NSW Treasurer, Dominic Perrottet said ICC Sydney is boosting the economy, creating jobs and giving back to the community and this is why the state invests in major infrastructure projects. It is a win for the people of NSW, the economy and visitor experience along with enhancing their city’s reputation globally.