African tourism gets a new platform at Travel Indaba 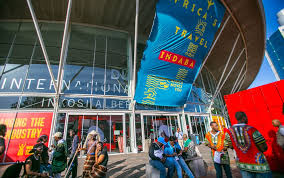 The recently finished Africa Travel Indaba, the most popular tourism show of South Africa brought under one roof more than 6,500 delegates including 1,033 exhibitors and 1,502 buyers world over. Inaugurating the event at the Inkosi Albert Luthuli International Convention Centre (Durban ICC) on May 2, Derek Hanekom, Tourism Minister of South Africa, explained that the continent would be greeting some 126-million international tourists by 2030.

Hanekom explained that for Africa to attain the set target, it would need to see growth of 5,4% per year. “Are we up to it? Yes, we most definitely are.” In his State of the Nation Address in February 2019, South Africa’s President, Cyril Ramaphosa, stated that South Africa is keen on increasing its international tourist numbers from 10.5-million in 2018 to 21-million in 2030. To Hanekom, this is do-able. “This 2019 edition of the Africa Travel Indaba will without doubt help us move towards this lofty goal – a goal which has the potential to support 2-million additional jobs in South Africa.”

Travel Indaba of Africa has turned out to be synonymous with storytelling. And this year’s theme, Africa’s Stories, Your Success re-emphasizes the significance of telling our own stories and highlighting our successes. “Too often the real stories of Africa are not told and not heard,” Hanekom said and added: “Let’s work together to replace the sometimes negative narrative of Africa with the real story of so many nations on the move, of people innovating and moving confidently into the future.” Also, he urged leaders to action the AU Agenda 2063 – particularly with respect to free movement of people all over the continent, and the easing or dropping of visa requirements in the next few years to enable this.

“Intra-continental tourism from Africa’s rapidly growing economies and growing middle class is an opportunity begging to be exploited. We need improved collaborative efforts between our countries to achieve this.”