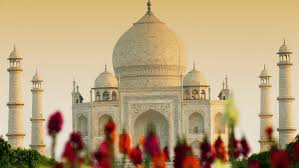 Agra, where the iconic Taj Mahal is located and attracts hundreds of thousands of tourists every year, will welcome the tourist season in about a week’s time.

However, the city administration is yet to wake up to repair and clean up the roads in the city which have not only become a safety hazard but also assault the aesthetics of the Taj city.

The tourism industry leaders are alarmed at the lack of concern and general apathy towards streamlining the civic amenities vitally necessary for the visiting tourists.

The rains have exposed the claims of the city administration of having patched up or filled all the potholes and completed the repair work. A whole stretch of the road leading to the posh Surya Nagar colony in civil lines area caved in last month. Luckily a lady motorist survived the ordeal.

Another stretch of road with gaping holes, leading to the Nunihai Industrial Estate, also caved in sometime ago. Once again luck saved many precious lives.

Municipal Corporation Commissioner Arun Prakash said that the filling of potholes is continuing. The mayor Navin Jain has aslo assured citizens that prompt remedial measures would be taken to ensure safe mobility.

“Even during the festival season nothing was done. Many stretches still require patchwork treatment to avoid accidents,” says Pandit Jugal Kishor, a local.

The city administration had claimed in June that all the drains had been cleaned and that there would be no water-logging anywhere. But the claim was proved wrong in the first two big showers that inundated low lying areas.

The city police have also failed to demolish encroachments around the monuments.
The city appears in shambles, heaps of garbage dumped along railway tracks, the Yamuna river bed dry and polluted continues to irk visitors, but there is no sense of urgency in official agencies entrusted with the task of transforming Agra into a smart city.