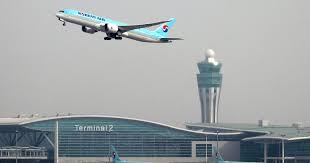 Air India grounded two pilots as a penal action after an aircraft they were flying “descended rapidly and deviated from the normal glide path” at the Hong Kong International Airport runway, media reports said. The aircraft had triggered a Ground Proximity Warning System alert.

The incident took place on October 20 when the plane was approaching to land at the Hong Kong International Airport at 6.14 am (local time). The Boeing 787 plane had 197 passengers and 10 crew members aboard.

The crew “recovered the aircraft at about 200 feet above mean sea level, approximately 2.6 nautical miles from Runway 07R before performing a go around,” the report said. The aircraft landed “uneventfully on the runway on the second approach,” it said.

A probe had been ordered into the incident by Chief Inspector of Hong Kong’s Transport and Housing Bureau and the National Transportation Safety Board (NTSB) of the United States of America and the Aircraft Accident Investigation Bureau (AAIB) of India, representing the State of Design and Manufacture and State of Registry of the aircraft respectively.

In another incident in October, an Air India pilot and his co-pilot were taken off roster when the pilot flying the Boeing 737 hit a brick wall at the Tiruchirappalli International Airport in Tamil Nadu. The Dubai-bound plane had 130 passengers on board. And despite the audible and obvious collision, the pilot apparently saw no reason not to continue on, said reports.