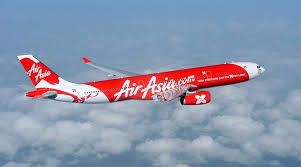 The pilot of an Air Asia flight travelling from Delhi to Srinagar on Sunday morning sent a hijack alert to the air traffic control by mistake when she detected a technical glitch in the plane engine, leading to panic among security agencies.

The plane, carrying 175 passengers and six crew members, had to make an emergency landing in Chandigarh at 7.35am. The passengers were later flown to Srinagar on another flight, officials informed.

The plane had left the Indira Gandhi International Airport (IGIA) at 6.30am. Almost half-an-hour into the journey, the pilot accidentally pressed the hijack code.

A Central Industrial Security Force (CRPF) official, not authorised to speak to the media, said the pilot, on detecting a glitch in the engine, accidentally entered 7500 – the hijacking code. The alert was received by the Chandigarh air traffic control (ARC), which then conveyed it to IGIA’s operation control centre and then to the CISF, the Delhi Police, the National Security Guard and other agencies. “Since Chandigarh was the nearest airport, the flight was provided a slot on priority and it made a safe landing,” said the officer.

An official from the directorate general of civil aviation said they were aware of the incident and are conducting a probe.