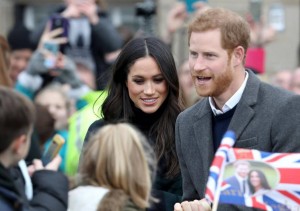 The ‘Airbnb Effect’ garnered more than £11 million extra income to the local economies of London , Windsor and the surrounding areas.

Contrary to the ‘Markel effect’ , which is more prominent among the fashion industry from around the world. Keeping an account of what she wore generating about $212 million in the retail and apparel sales. The ‘Airbnb Effect’ brings out that the ceremony helped the hosts in increasing the income along with increasing the benefits to the local businesses and communities.

James McClure, general manager for Northern Europe at Airbnb due to the Royal Wedding, there was a tourism boost, putting the UK in the spotlight once again.
It created opportunity to host visitors from near and far for Airbnb.Which further went on supporting economic investment into small and local communities. It also helped locals to make a little extra money from sharing their homes.
The hotels in the UK largely capitalized on the Royal Wedding during the royal event. The highest number of visitor in London were from America and the local tourists from the UK took top position in Windsor.
The typical Windsor host earned 318% more than the same period last year while the guest spending reached more than £11 million over the wedding weekend in London, Windsor and the surrounding areas.
The data showed that 34% of hosts in Windsor were hosting on Airbnb for the first times. The prices remained affordable, host from London on an average could earn £197 and the hosts in London fetched an average of £353 across the weekend.