Algeria is all set to emerge from the shadows of tourism 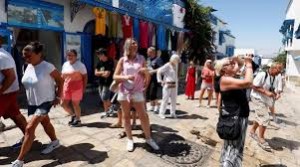 “This is the only one that speaks English,” the South African moaned as he stuck his debit card into the ATM again. The machine immediately spitted out the card before even asking for the PIN from the customer just like a child being deceived into taking a bite of broccoli.

“They’re all like this! None of them work!” he shouted, shaking his fists at the ceiling of the international terminal at Algiers’ Houari Boumediene Airport— one of the busiest transportation hub in the largest country in Africa.

I gave him a compassionate look and patted my pockets, being completely aware that my wife and I had arrived in Algeria with zero local currency. If the ATMs didn’t work here, where would they work?

“Maybe this is why no one comes to Algeria,” I whispered to myself.

A previous poster child for fundamentalist Islamic terrorism, Algeria invested most of the 1990s at the top of the international “no-go” list. A decade-long civil war overwhelmed the country in 1992, when the Islamic Salvation Front (FIS), a fundamental upstart political party bent on striking sharia law in the country, was dismantled by the Algerian military to stop extremists from taking control of the government.

The FIS jihadists moved away to the mountains, promising to grab power in any way. The subsequent fighting—assassinations, car bombs, kidnappings, and civilian massacres—left as many as 200,000 people dead and branded Algeria a bloody, lawless land.