Alicante Council boosts up its tourism 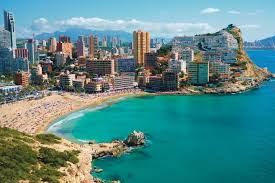 The council has requested its department of festivities to initiate the process, anticipating that the celebration will give a major boost up to the city tourism.

However, success is by no means certain, with an earlier attempt in May 2001 being rejected by the Secretary of State for Trade and Tourism due to lack of the documentation.

The regional government gave the city the ‘honorary’ title in 2009, but Alicante wants it made official.