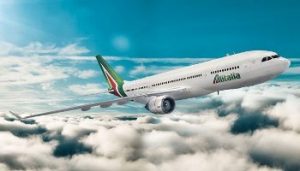 Alitalia has become the most punctual airline in the world in the first five months of 2019 with 87.9 per cent of its flights landing on schedule as per FlightStats.  It is the authoritative U.S. independent society which every month drafts the list of the major airlines in the world for on-time performance, comparing the data of equivalent airlines for size and network.

The analysis performed by FlightStats reported that, in May, Alitalia has ranked third most punctual airline in Europe with an on-time performance index which was 5.2 percentage points higher than the average punctuality index of world airlines (78.8 per cent).

The Italian airline has ranked eleventh in the global ranking: the monthly figure was influenced by some external and exceptional factors, such as the extraordinary bad weather that hit several Italian airports and the disruption on technological services supplied by some international providers that slowed down the airline flight operations on 5 and 14 May.

Despite this, Alitalia kept the first position in the ranking of the most punctual airlines in the world in the first five months of this year.

FlighStats follows the “A14” on-time performance method, monitoring flights which arrive at the gate less than 15 minutes after the scheduled arrival time.