Almosafer partners with VisitBritain to boost up Saudi tourism 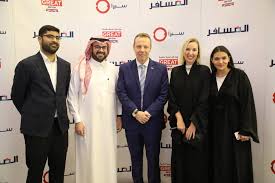 Almosafer, Saudi Arabia’s well-known omni-channel travel brand has recently entered into a strategic partnership with VisitBritain to further boost up the tourism relations between the two nations. The declaration was made at Almosafer’s flagship branch in Jeddah last Oct. 28 during the signing ceremony. It was attended by Her Majesty’s Consul General to Saudi Arabia Seif Usher, numerous members of the senior leadership team at Almosafer including Fahad Mohammed Al Obailan, Vice President of retail, as well as a number of other VIPs and stakeholders.

Among the Saudi travelers, Britain remains one of the top destinations, with VisitBritain reporting 166,000 visits from Saudi Arabia last year, an increase of 3% vs 2017, in addition to almost SR 2 Billion (£424 million) in travel spend over the same period. Also, VisitBritain experienced a rise in the length of stay from Saudi visitors, with an average of 16 nights per visit in 2018 based on flight booking data.

As per Almosafer data, many Saudi travelers are also keen on exploring beyond London to the rolling green countryside outside the capital along with other tourist cities including Bristol, Oxford and Manchester and the partnership is designed to showcase the full breadth of offer for visitors to the UK.