American Airlines Donates $500,000 to Stand Up To Cancer on Giving Tuesday 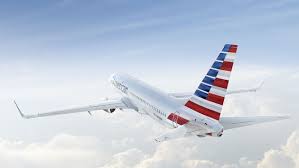 American Airlines is donating $500,000 to Stand Up To Cancer (SU2C) on Giving Tuesday, Nov. 27, in recognition of the generosity of its customers.

“In the spirit of Giving Tuesday, and inspired by the generosity of our AAdvantage members’ donations, American is proud to donate half a million dollars to Stand Up To Cancer,” said Janelle Anderson, Vice President of Global Marketing for American. “There is so much we have to be grateful for this year, but this is a good reminder that thousands of American’s team members and customers have been impacted by cancer. And we hope to do our part in lightening their load. One hundred percent of these funds will support Stand Up To Cancer’s research programs in an effort to make all cancer patients long-term survivors.”

As part of the giving campaign, American asked people on the streets of Los Angeles entertaining trivia questions and filmed their responses under the comic guise that correct answers would trigger donations to SU2C ranging from $5,000 to $50,000.

American has been collaborating with SU2C since 2016, and just this year, the airline unveiled a custom-wrapped Airbus A321T aircraft as part of its 2018 campaign. The graphic was more than 50 feet long and featured SU2C researchers and scientific advisor Dr. Phillip Sharp, as well as four cancer-surviving American Airlines team members. Additionally, nearly 100 American team members — every one of whom has been personally affected by cancer — joined together to dance in American’s Los Angeles International Airport maintenance hangar for the filming of a special music video for the SU2C telecast.

“We are so grateful that American Airlines is standing up yet again for cancer patients by supporting Stand Up To Cancer’s groundbreaking research,” said Sue Schwartz, Co-founder of Stand Up To Cancer and a member of the SU2C Council of Founders and Advisors. “On Giving Tuesday, like every other day of the year, more than 4,750 Americans will be diagnosed with cancer, so it’s gratifying to know that American Airlines shares our sense of urgency to accelerate the pace of cancer research and get new treatments to patients quickly.”

American is proud to work with SU2C and advance its mission to raise funds to increase the pace of cutting-edge translational research that can get new therapies to patients quickly and save lives now. Every dollar raised through Miles to Stand Up helps bring innovative treatments to patients and fund groundbreaking research.