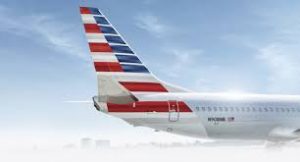 American Airlines has re-introduced two flights per day into Saint Lucia in order to boost  its tourism industry and economy as well.

The captain and crew of the airline were welcomed recently by officials including tourism minister, Dominic Fedee, who said the additional flights will boost the island’s tourism product.

Fedee stated that new flights will add 1,500 new seats to Saint Lucia and he described it as a “pretty big deal”.

“And that is going to contribute significantly to hotel occupancies,” he noted.

Captain of the flight which re-introduced the service, Duane Shlegel, said business is good and people want to visit Saint Lucia.

“It is going to be fantastic for you as well but the fact that we can carry to flights a day, means a lot of people want to come here and enjoy your facilities here, your beautiful hotels,” he said. “I have had friends come stay here and they really raved how nice it is.”

The flight leaves Hewannora International Airport at 8 a.m. for Miami.