American Sets Sales Records – River Cruising is More Popular Than Ever in the U.S.A. 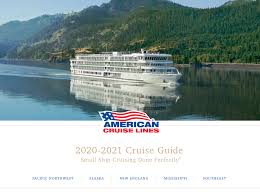 American Cruise Lines announced today the strongest start to Wave Season in the company’s history. Wave Season, the cruise industry term for first quarter sales, has surpassed company expectations, with records broken in nearly every category. Demand for small ship cruises across the U.S.A. has been on the rise for some time according to American.

The company attributes much of the recent growth to the introduction of its modern riverboat series. The new riverboats offer contemporary styling with an open airy design that brings the outside world in. “Our new riverboats provide the fresh atmosphere for U.S. River cruising that today’s travelers are seeking,” says Charles B. Robertson, President & CEO of the Line. “The modern riverboats offer everything that American is already well known for, most importantly our small guest capacity, but they
also add modern sophistication that appeals to a broader market of river cruise consumer.” Only American offers the finest U.S. river cruises aboard both paddlewheelers and new modern riverboats.

The record sales also come amid American’s new Cruise Close to Home™ advertising campaign which launched late last year. “The new campaign was designed to remind travelers that the finest river cruising experiences are available right here in the U.S.A. with an experienced all American company,” said Robertson. The Line estimates that 90% of Americans can drive to its cruises, skipping flights and additional travel hassles. American’s fleet of new small ships operate from February through December each year, departing from ports conveniently located across the country.