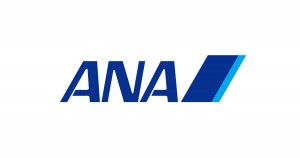 ANA HOLDINGS (ANA HD) has been selected by Japan’s Ministry of Economy, Trade and Industry (METI) and the Tokyo Stock Exchange (TSE) as “2018 Competitive Information Technology (IT) Strategy Company” (*1) in the air transportation category.

As Japan continues to encourage Japanese companies to move forward in promoting Society 5.0 (Japanese digital transformation program), METI and TSE select companies with outstanding efforts in IT and digital utilization stimulating digital transformation and improvement of mid- to long-term corporate value. ANA HD was chosen as “2018 Competitive IT Strategy Company” because of its improvements to and additions of cutting-edge IT and digital technology.

ANA HD, the parent company of All Nippon Airways (ANA), Japan’s largest and only 5-Star airline, positions and promotes the “ANA Group Society 5.0” as an important measure in the ANA Group Mid-term Corporate Strategy. Through the inclusion of employees and the digital technology, it is creating innovative work processes, services, and businesses.

ANA HD was mainly recognized for three initiatives. The first one is the introduction of the first worldwide app that enables pilots to review their flights on their tablets. The app is called “FURIKAERI”, which means reviewing. ANA HD aims to create safer and smoother flights for passengers.

The second initiative is the development of an e-commerce site that offers traditional handcrafted Japanese artistic crafts to people around the world which the site was launched in January 2018 in Japanese and ANA HD plans to release the English version in June 2018. The aim of creating a website where people around the world have the chance to buy Japanese traditional artistic craft is to revitalize the Japanese regions.

The third recognized initiative is ANA HD’s efforts in reforming its legacy systems and creating IT architecture transformations. These changes include cloud migration for the international systems and virtualized IT infrastructure. Part of the reasoning behind altering the IT architecture is to drastically reduce IT costs.

In addition to being selected as “2018 Competitive IT Strategy Company,” METI and TSE have also selected ANA HD in two additional programs, “NADESHIKO Brand 2018,” and “2018 Health and Productivity Stock Selection.” This resulted in ANA HD receiving top honors in all three programs.

The new IT strategies will also be beneficial to ANA’s passengers and provide them with a more comfortable travel experience by improving customer information infrastructure and further utilizing digital technology.