In the ancient area of Al-Ula, the crown prince of Saudi Arabia launches mega tourism projects! 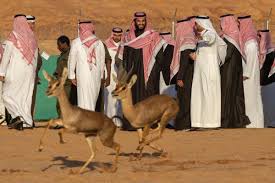 The Crown Prince of Saudi Arabia, Mohammed bin Salman introduced on Sunday mega tourism projects in Al-Ula, featuring a resort designed by a well-known French architect and a nature reserve, both called Sharaan.

As part of a plan launched on Sunday night, Jean Nouvel, the French architect who designed Louvre Abu Dhabi, will set up a resort in the mountains of Al-Ula. It will transform the home of ancient civilizations into an amazing destination for visitors worldwide. For sustainable development of the region, the plan includes the Sharaan Resort inside a designated nature reserve, was introduced by the Crown Prince Mohammed bin Salman and the governor of the Royal Commission for Al-Ula, Prince Badr bin Abdullah bin Farhan, at a modern ceremony at the Maraya theater. The mirrored concert hall was constructed for the Winter at Tantora festival. Every weekend since December, it attracts many visitors to the untouched area, giving them a taste of what’s to come.

“The decision to build in this place is brave and will allow Sharaan to be revealed on a world-wide scale,” Nouvel said during a presentation at the launch.

In the concert hall, hundreds of guests were welcomed, including Prince Abdul Aziz bin Turki Al-Faisal, Princess Reema bint Bandar and Yanni, who took part at the Winter at Tantora festival last weekend. “This is just so beautiful, the desert and the sky at night, the stars… the natural beauty here is stunning,” Yanni told Arab News. “I have never experienced this type of beauty before in my life.”

The charter for Al-Ula was showcased on a sand stage with a multimedia sound and light show, bringing local men and women together, the “guardians” of Al-Ula. The rocks of Al-Ula, visible through glass at the back of the stage, acted as a backdrop.