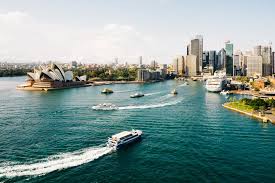 The Andrews Labor Government has backed this latest theatrical coup for Victoria, as well as a major $19.4 million refurbishment of the Regent – the first significant works at the theatre since 1996. Melbourne has confirmed its place as the theatre capital of Australia with Moulin Rouge! The Musical set to light up the city in 2021.

Major events are a key player in the state’s economy, generating more than $1.8 billion each year and bringing visitors from across Australia and around the world to Victoria.

The Minister for Tourism, Sport and Major Events Martin Pakula said that Melbourne’s thriving cultural scene and its major events calendar are renowned around the world, and securing huge productions like this is why we are so highly regarded.

“Securing Moulin Rouge! The Musical is a genuine coup for Victoria and a further boost for jobs in the events and creative sectors.”

Minister for Creative Industries Martin Foley said that The iconic Regent Theatre will provide the ideal backdrop for this stunning musical production, cementing Melbourne’s reputation as the live performance capital of Australia.