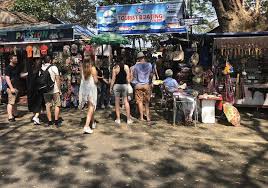 Tourism Australia hosted the 17th edition of Australia Marketplace India in Kochi from August 8 to 11 as India is its fastest growing in-bound market.

Speaking to the media, Brent Anderson, Regional GM (South and South East Asia) of Tourism Australia, said there has been a double-digit increase in arrival of Indian tourists to his country each year, during the past five years.

A total of 3.67 lakh Indians visited Australia in the past year and spent approximately ₹8,300 crore. Of this, 17,000 were Keralites. Visa applications can be lodged online. The average time taken for an online visitor visa is 15 days, while it is eight days for a business visa.

“The aim is to increase the number of Indian visitors to 5 lakh by 2021 and 1 million by 2025. Indians will be among the top five nationalities who arrive, by 2021. Already 90,000 Indians study in Australia, while 7 lakh live there. The country has much to offer for people from different age groups, from culture, museums and theatre to wildlife and sports,” he said.

Nishant Kashikar, Country Manager, India & Gulf of Tourism Australia, said the country caters to tourists having different budgets. It also ranks high on safety and security, has four of the top 10 globally-liveable cities and, above all, has clean air.

Among those marketing aboriginal experiences in the B2B was Karen Fitzgerald. “One can experience tourism beyond cities, including by spending time with members of the local community,” he said.