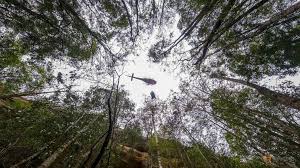 On Sunday, the Australian government announced a tourism recovery package of $52 million (A$76 million) to get tourists to return to the continent again as it acknowledges that cancellations have been plentiful while forward bookings are few.

While Tourism Australia asserted at the start of the year that international tourism has not been impacted, a statement issued by the Australian Tourism Export Council on Friday said its survey of its inbound tourism members shows massive losses from cancellations and forward bookings.

The majority (70 per cent) of individual tourism businesses and inbound tour operators surveyed are suffering losses ranging from $3,443 to $344,296 (A$5,000 to A$500,000) as a result of cancellations, it said. Forward bookings have softened significantly compared to this time last year, with a $3.1 billion ($4.5 billion) impact on the industry, the council estimated. The bushfires come during peak booking period: around 50 per cent of UK, Europe, and U.S. bookings are typically captured between December and end of February.

“International visitors are cancelling because of fears around air quality, safety and the impact fires have had on our tourism offering as well as a lack of certainty on how long it will take for us to recover, so the sooner we can communicate a strong, positive message, the better,” said the council’s managing director Peter Shelley.

The fund addresses the immediate concern of getting tourists back so that jobs, small businesses and local economies can be protected.

“We will break from the practice of Tourism Australia exclusively focusing on international visitors and urgently kick off a local campaign because Australians are best placed to immediately understand that most of our country remains as safe to visit as ever,” said Minister for Trade, Tourism and Investment Simon Birmingham in the same media release.

“Our international marketing campaign and extensive hosting of international media or travel trade partners will demonstrate to the world that Australia is very much open for business, that we maintain incredible tourism experiences in every state and territory and explain the regeneration that the Australian bush goes through after bushfires,” he added.

Of the $52 million funding, $14 million (A$20 million) will go towards a domestic tourism marketing campaign to tap into Australians’ desire to contribute to the recovery effort by encouraging them to holiday at home and support affected communities and regions. Tourism Australia will work with the states, territories and industry partners to maximize coordination and impact.

Another $17 million will be for an international tourism marketing campaign to reinforce that Australia is safe and open for business. The campaign will partner with industry to encourage direct bookings to Australian travel destinations.

The rest of the funding will be spent on creating new attractions in fire-affected areas such as festivals, concerts, art installations and tourist walks. Grants of up to $688,500 (A$1 million) per project will be given, with the aim of supporting around 10 projects across the worst affected areas.

Funds will also be channelled towards beefing up Australia’s international media hosting program, and getting more businesses and buyers to attend the Australian Tourism Exchange — the country’s largest annual business to business event — by discounting fees and creating new incentive structures.

“My message to anyone thinking about a holiday — from here or overseas — is that Australia’s towns and our incredible parks and beaches are open for business and they need your help,” said Birmingham.

Australian Tourism Export Council’s Shelley said timing is now of the essence with key booking windows from Australia’s larger international markets closing towards the end of February. “Therefore engaging these markets in the short term, especially via the established tourism trade channels, will be critical,” he said.

“Our united strategy needs to be strong and nuanced, clearly defined, well-resourced and expertly executed in order to balance the swirling negative perceptions of Australia which have come off the back of the bushfires.”

Responses to the tourism recovery package on Birmingham’s LinkedIn page, however, saw some harboring greater expectations, especially on the need for more funds for a full recovery of totally decimated areas, and for prevention.

Meanwhile, the South Australian Tourism Commission on Sunday launched a campaign, “Help them out, #BookThemOut,” on Sunday to encourage tourists to visit the Adelaide Hills and Kangaroo Island which have been devastated by bushfires.