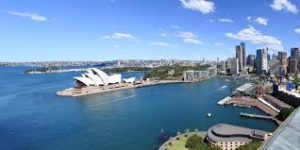 Hotel owners as well as operators can be pardoned for having expectations that are self-effacing for the accommodation sector this year, after a flood of recent openings and weaker than expected growth in the number of international visitors strike the performance in 2019, in general.

The 2019 ended with the key hotel performance benchmark – revenue per available room or revPAR. It dropped about 3 per cent countrywide, as per hotel analysts STR, as the total number of hotel rooms increased above 300,000 across 5600 properties, with many others to come up in future.

In May, Hotel tycoon, Jerry Schwartz showed up theatrically at an important hotel conference, requesting his operators not to slash room rates. However, according to Trent Fraser, Asia Pacific CEO of franchise giant Choice Hotels the additional inventory in 2019, the capital cities turned situations “quite challenging”.

Choice in 2019, added 21 hotels to its 200-hotel Australia and New Zealand network, its major expansion in five years, will end the year with revPAR growth “just in positive territory”, said Mr Fraser.

“Although it’s below what we expected to achieve, we feel good compared to the market,” he says.

It’s not just gush of new rooms, but also anticipations of a more reasonable growth in the numbers of international tourists numbers  that has Choice and others in the sector bracing for a more challenging year in 2020.

The recent inbound arrivals predict Tourism Australia is for 4.7 per cent growth in fiscal 2020 dropped by 5.8 per cent predicted in previous forecasts.

“Given that actual FY19 growth in inbound arrivals (3.1 per cent) recorded well below the forecast growth for the same period (5.9 per cent), we expect that FY2020 will be a similar story of not meeting growth expectations,” said CBRE Hotels national director Wayne Bunz.

“This is driven by a combination of factors including subdued growth from China as well as economic and political uncertainty within European source markets,” he says.