Australians warned about travelling to Bali due to Japanese encephalitis cases 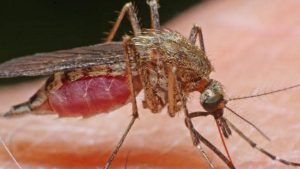 Owing to a recent spike in the deadly mosquito-borne brain disease, Australian travellers have been warned about visiting Bali and other parts of Indonesia.

As per Indonesia’s health ministry, Japanese encephalitis has risen in the country. It can cause blindness, weakness and movement related disorders. It can also lead to coma or death.

The current fatality rate in patients with severe cases is between 20 and 30 per cent.

The symptoms of viral brain infection include a headache, neck stiffness, fever, tremors, paralysis and convulsions, particularly in children.

Japanese encephalitis is commonly transmitted to humans through mosquitoes but can also be carried by birds, bats, cows and pigs. As per the European Centre for Disease Prevention and Control, the disease is currently widespread in Asia including India, Pakistan and Japan.

Bali is said to have the most cases of Japanese encephalitis. Indonesia’s health ministry says it is keeping a close watch on the disease in Bali, North Sulawesi and Manado regions.

Japanese encephalitis is a viral disease causing inflammation of the brain membranes.

Ministry of Health Director of Surveillance and Quarantine, Vensya Sitohang said that vaccinations in Bali are being introduced to stop the spread of the disease. The vaccinations are offered to children from nine-months-old to 15. This age group is considered to be the highest risk of infection.

According to NSW Health, the symptoms usually develop within five-15 days after being bitten by an infected mosquito. They advise holidaymakers to apply mosquito repellent to skin, sleep in rooms with fly screens or air-conditioning and remove potential mosquito breeding sites from around them.