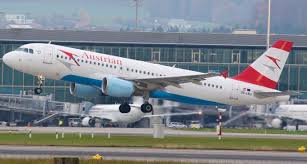 Austrian Airlines will offer flight service from Vienna to Boston starting at the end of March 2020. Austria’s home carrier will initially operate four weekly flights to the American metropolis on the East Coast and increase frequencies to six flights per week as of mid-April. Accordingly, Boston will be served on a daily basis with the exception of Mondays. Austrian Airlines will deploy a Boeing 767 equipped with 211 seats.

“We are very pleased about this new and attractive destination. Boston is a city with great historical significance, just like Vienna”, says Austrian Airlines CCO Andreas Otto. “The city is also worth a trip from a business standpoint, not least because Boston is home to two of the world’s best universities, namely Harvard and MIT.”

Boston in the 2020 summer flight schedule

Travel time to Boston at a distance of 6,500 kilometers from Vienna is about nine hours. Flights can be booked as of now at www.austrian.com, by calling +43 (0) 5 1766 1000 or at a travel agency. Tickets for round-trip flights are available starting at EUR 399 including taxes and charges.

Flight service to Chicago exclusively with a Boeing 777

There is also good news to report on the Vienna-Chicago route. Due to the high level of demand, Austrian Airlines will consistently deploy a Boeing 777 on this route as of the end of March 2020. Up until now a Boeing 767 was used on two of the seven weekly flights. Capacity on this route will be significantly increased as a result of this change, in light of the fact that the Boeing 777 has close to 100 more seats than the Boeing 767.