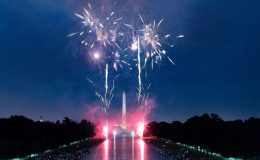 AXA International has expanded its Australian footprint with the acquirement of four key hotels in Sydney and Canberra for a combined $330.4 million, in the biggest deal in the sector to date.

The Olympic Park hotel portfolio, which was developed in the late 1990s for the 2000 Sydney Olympic Games, is operated by the French hotel group Accor under a 50-year management agreement. The purchase is on the heels of the sale of the Sydney Sofitel Wentworth Hotel. The Singapore’s ­Frasers Hospitality Trust is selling the historic CBD property, which could be worth more than $400 million.

Kumar Kalyanakumar, head of Australia, at AXA IM – Real Assets, said the Olympic Park transaction presents a rare opportunity to invest in a portfolio of high quality and extremely well located hotels as well as to build on our team’s strong track record of hotel investments. According to Colliers International, Australian hotel sales volumes were a record total of $1.8 billion, across 37 transactions in 2018.

In Melbourne, the biggest sale of 2018, was the Asian investment firm iProsperity’s purchase of the  five-star Pullman on the Park near the Melbourne Cricket Ground for $156 million. Other major players included the Serene Capital, Facilimate and Shakespeare Property Group.

Gus Moors, head of hotels at Colliers International, said there was a notable broadening of the capital base with investors sourced from Singapore, Malaysia, Thailand, the Middle East, Hong Kong, India and the United Kingdom, while China was a notable omission. Karen Wales, director, hotels at Colliers International, said she expected to see more development sales over the coming year with projects currently being marketed in Canberra, Sydney, Adelaide and Melbourne.

Ms Wales said deal flow is expected to increase in 2019 as owners respond to changing market conditions, particularly in markets with significant new supply. But development debt remains a challenge and is likely to cause the delay or shelving of some deals, according to the agents.