Ayodhya could be the next big UP tourism destination 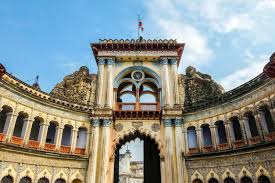 It is expected that Ayodhya might see a massive increase in tourist footfall following the favourable verdict on the Ayodhya dispute. The verdict was given out by the Supreme Court on November 9, 2019, clearing the way for the construction of a Rama temple on the disputed land. Following the clearance, the authorities are now expecting the city to become one of the state’s prominent tourist destinations.

Reportedly, the city already sees an impressive three million tourists every year, with more than 7000 people offering prayers at the currently makeshift temple. The district administration believes that the numbers will see a further surge after the verdict on the site. District Magistrate Anuj Jha stated that the current airstrip in the city will be developed into a fully-functional airport facility as well.

Jha further added, “Ayodhya has a good potential to become a big tourist spot… The district administration has already received a fund of about Rs 400 crore to develop the airport here. We are in the process of acquiring land for this purpose.”

They city is also set to see the implementation of the Ram Nagri Project as well, which would include a mammoth 251-metre statue of Rama. It has been reported that INR 500 cr have already been sanctioned for the same.