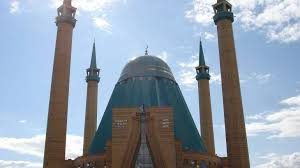 According to the World Travel and Tourism Council 2018 Impact Report, the new initiatives taken by the Azerbaijan Government are expected to improve its ranking among countries with a high tourism contribution towards national GDP.

Meanwhile, tourism from India to Azerbaijan increased by 80 per cent in 2019. With a direct flight from Delhi and a simplified electronic visa procedure for Indian passport holders, Indian travellers have been attracted to Azerbaijan.

It is forecast to be at six per cent per annum over the course of the next 10 years, ranking it amongst the world’s top 20 high-potential countries.

Azerbaijan Tourism Board (ATB), the national body that supports Azerbaijan’s growing tourism industry, is holding a three-city roadshow in India. Running from 9-13 September and visiting Delhi, Bangaluru, and Mumbai.

Situated at the crossroads of Eastern Europe and Western Asia, Azerbaijan has nine of the world’s eleven climate zones, offering travellers an affordable European experience all year round.

“Azerbaijan is the ideal destination for numerous reasons. With excellent connectivity and a wide variety of experiences, Baku is an affluent city with modern infrastructure. It is still a relatively unexplored destination, which is a key selling point for Indian tourists who want a unique experience,” said H.E. Mr. Ashraf Shikhaliyev, Ambassador of the Republic of Azerbaijan to India.

Tourism is the cornerstone of Azerbaijan’s diversified economic growth and the recent investments in tourism and country promotion are a testimony to the fact that Azerbaijan is poised to become a premium MICE destination with a well-developed corporate infrastructure equipped to host large-scale business meetings and conferences,” said Florian Sengstschmid, CEO of the Azerbaijan Tourism Board.