In Azerbaijan, tourism service providers to get tax benefits 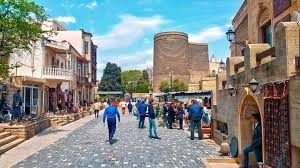 In Azerbaijan, those who are offering travel services in tourism are hoped to get tax benefits, the CEO of Azerbaijan Tourism Board (ATB), Florian Sengstschmid, has said.

Sengstschmid said this at the 2nd General Assembly of the Azerbaijan Hotel Association organized in Baku on December 4th, local media reports.

The event is all set to present the yearly reports of the Azerbaijan Hotel Association and plans for the national classification system for hotels (stars), information on the strategy for 2020, etc.

Sengstschmid highlighted that the application of tax benefits may encourage the additional development of the country’s tourism businesses.

Sengstschmid also observed that positive changes are hoped to start pouring in from 2020 after the adoption of Law on Tourism. He informed that the consequences of surveys in Shaki and Lankaran regions show that the respondents were not at all quite happy with the airfares, the local travel market (tours) and the quality of the transport system.

“The number of incoming Georgian and Turkmen tourists is growing as well,” Sengstschmid concluded.

“The conclusion of new contracts is also envisaged. As a result, Azerbaijan will be able to show itself to tourists as a sustainable tourist destination,” Sengstschmid added.

He went on to say that in 2020, the execution of infrastructure projects is designed in Khinalig and other major touristic sites. He noted that in future, the construction of the Mud Volcanoes Guest Center will start.