In B.C. indigenous tourism rises even though remains a niche market 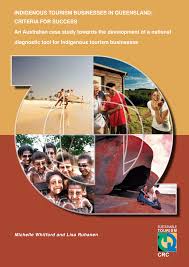 B.C. is drawing an increasing number of visitors who incorporate Indigenous tourism experiences in their itineraries. However, the business niche still remains small enough that it could be poised for a major development.

First Nation-themed restaurants are comparatively sparse in the province. In Vancouver, Salmon n’ Bannock is the only Indigenous-themed restaurant, as the Bigheart Bannock Cultural Café at the Skwachàys Lodge hotel has an Indigenous-themed weekend brunch. However, it does not have food service through the week. In the subsector, other similar businesses include Lelem’ Arts and Cultural Café in Langley, two Kekuli Café locations in Merritt and Westbank and the Red Fox Club at the Indigenous World Winery in West Kelowna. In comparison to the countless sushi restaurants that spread all over the Metro Vancouver streetscape, however, Indigenous-themed dining remains a very small niche.

“Moving away from your community to an expensive city, away from your family and culture, doesn’t make sense for many,” said Salmon n’ Bannock owner Inez Cook, who has also co-owned her profitable restaurant at 1128 West Broadway in 2010 and all set to buy out her partner, Remi Caudron.

“Also, a lot of our products aren’t even readily available on the commercial market.”

Cook can buy bison and venison but not moose from specialty meats purveyor Hills Foods Ltd. — although locals in B.C. are constitutionally entitled to look for moose on traditional territory for ceremonial purposes.