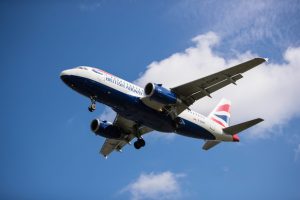 British Airways has suspended all its flight services between the United Kingdom and China as Wuhan coronavirus outbreak spreads.  The British Airways officials said that they have suspended all flights to and from mainland China with immediate effect following advice from the Foreign Office against all but essential travel. The UK’s Foreign Office warned the people against traveling to mainland China in all but essential cases on Tuesday.

It’s the most drastic action yet by a major airline as the deadly coronavirus continues to spread. The virus has killed 132 people and infected nearly 6,000 people in China so far, with dozens more cases confirmed in places such as the United States, Japan, Germany and France.

British Airways operates direct flights from London Heathrow to Beijing (PKX) and Shanghai (PVG), according to the company’s website. Those flights were unavailable to book online through February 29. The carrier’s move comes a day after United Airlines (UAL) temporarily reduced its schedule between the United States and three cities in China. The U.S. airline said in a statement Tuesday that “significant decline in demand” had forced it to suspend flights from February 1 though February 8 between its US hubs and Beijing, Hong Kong and Shanghai.

Cathay Pacific (CPCAY), Hong Kong’s flagship airline, has said it will reduce the capacity of flights to and from mainland China by half or more until the end of March.