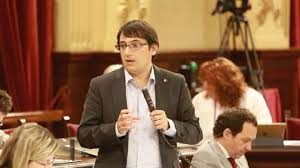 The recently approved verdict is aimed towards ending the kind of extreme behavior seen in Arenal and Magaluf in Mallorca, and in the West End of Sant Antoni in Ibiza.

This will be the first time the Balearic government has held a meeting at the UK Foreign Ministry, said Negueruela.

The regional minister said that his department has held round-table takes in the British capital. The Association of British Travel Agents (ABTA), several tour operators and airlines and the British press are expected to be there.

The regional administration has announced that after the approval of the decree, it would run a communication plan for explaining the content and respond to queries of tour operators.

The regulation prohibits in the three zones advertising involving alcohol consumption, free bars, pub crawls, happy hours, alcoholic drink self-dispensers and the sale of alcohol in shops between 9.30pm and 8am.

The verdict includes banishing tourists practicing ‘balconing’ from any hotel and charging them with a fine of between €6,001 and €60,000. It also limits festivities on so-called party boats.