Bangladesh beats US on tourist inflow to India 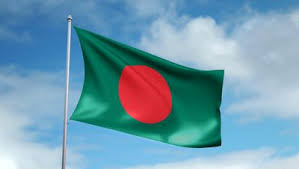 The US that had so far been the traditional source for foreign arrivals in India, has lost its rank that it had held for several years to Bangladesh.

This neighbor of India is now the biggest source market for foreign tourist arrivals in the country of India. The data released from the ministry of tourism indicated that nearly 1.37 million tourists from Bangladesh had visited Indian in the year 2016. The figures represent a 21% increase over the number in 2015.

The 21% growth was quite higher as compared to the increase of 8.2 and 10.4% observed in arrivals from the UK and the US.

The UK is actually the third-largest source market for foreign visitors in India.

The rise of Bangladesh in the Indian tourism industry has witnessed quite a rapid growth. From about 0.48 million tourists in 2012, the number has presently expanded to nearly threefold. This nation now accounts for 15.47% of the total 8.89 million foreign tourists who had paid visit to India in the year 2016.

Improved health-care and medical facilities is one of the key factors for the growing number of tourists from Bangladesh. The other factors that encourage foreign visitor arrivals are business and trade. The government data mention that 134,344 medical visas were issued by India in 2015 and about half of it went to citizens from Bangladesh.

An earlier report that was conducted by KPMG said that the largest number of medical tourists in India arrive from Bangladesh due to the lack of improved quality of infrastructure and the absence of skilled manpower in the neighboring country.

Foreign tourists are believed to have generated the earnings of $23 billion in 2016 that is about 9.8% higher than the foreign exchange earning in 2015.

However, imports from Bangladesh to India rose by 17% to $727 million.

The top import items from the neighboring country include fish, textile fibre and apparel.

Numerous tourists arrive in India from Bangladesh by the bus service that connects Dhaka to the city of Kolkata in West Bengal.