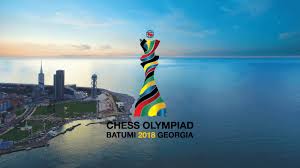 The 2019 World Travel Awards Europe Gala Ceremony on Saturday, June 8th, was organized in Madeira, Portugal. Taking home the esteemed award for ‘Europe’s Leading Emerging Tourism Destination’ was own Black Sea resort city in Georgia, Batumi. Thousands of representatives of leading travel industry institutions from all over Europe took part in the ceremony.

To quote, Sulkhan Glonti, Chairman of the Ajara Department of Tourism, “Being nominated in this category is extremely important for us. Recognition by such a prestigious and prominent organization will be positively reflected on the promotion of our region and increase its popularity on the international arena.”

“We have spent a lot of time collaborating with international media platforms in recent years, including direct commercials, as well as press tours,” Glonti continued. “More than 1000 journalists and tourist agencies were hosted in 2017-2018 by our region, which had reciprocal fruitful outcomes in terms of elevation of the number of travelers, as well as improving awareness in the international respect. Our campaign GoBatumi was part of our goal to win the award,” he added.

“In order to overcome the challenges faced by our country and region, efficient communication and campaigns on the international market are vital…Tourism is a business with strong competition, and we are clearly aware of the importance of each success,” said Glonti in March.

“I congratulate each resident of Batumi on winning this important award. This is yet another new stage for our city, which will contribute to economic development and to creating a better future for each Georgian family,” said Tornike Rizhvadze, Chairman of the Government of Ajara, who personally attended the ceremony in Madeira.

The 2019 World Travel Awards World Tour comprises regional ceremonies in Montego Bay, Jamaica, Abu Dhabi, UAE, Mauritius, La Paz, Bolivia, and Phu Quoc, Vietnam. The winners in each regional category will continue to the Grand Final, which will be arranged in Muscat, Oman.