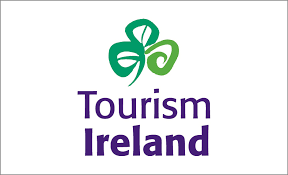 With an aim to increase the Chinese visitor numbers to 200,000 by 2025, Tourism Ireland is doubling its marketing investment in China to €1 million. It is expected to double its marketing team to 12 over the coming months.

This week a record 26 tourism businesses along with five island of Ireland tourism industry leaders will be visiting Guangzhou, Chengdu, Shanghai and Beijing to meet the travel agents and tour operators. It will also include key airlines and travel journalist.

Tourism Ireland is ramping up investment in China to €1 million as a part of the Global Ireland initiative. Last year it saw an increase of 11 per cent in Chinese visitors to Ireland.

There will be direct flights to Dublin and in prominent gateway regions that will target high end independent travellers. The new strategy will see Tourism Ireland increasing its focus on promoting to Chinese consumers in key cities.

Ross felt happy to announce that Tourism Ireland had doubled its marketing budget as a part of its growth strategy In China, considered to be the world’s fastest-growing outbound travel market.

Due to significant additional funding allocated to Tourism Ireland in the budget for 2019 this investment was made possible. These initiatives will help them deliver ambitious targets set for tourism in the Global Ireland 2025 initiative.

Tourism Ireland with the support of Fáilte Ireland will be implementing its market growth strategies in several new and emerging markets like China.