Bengaluru may become India’s hotel hub in next five years 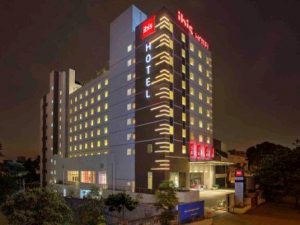 Bengaluru is set to overtake Delhi and Mumbai as the country’s hospitality hotspot in the next five years as a large number of hotels have launched new hotel projects in the city.

Currently, the city has 12,659 hotel rooms across all categories of hotels, and 5,698 additional rooms are in various stages of construction, which is expected to increase the city’s supply by 45% over the next five years.

Once the proposed construction of new hotel rooms is completed the city will have the maximum hotel room inventory thereby overtaking Delhi and Mumbai.

The financial capital of Mumbai, as of date has 13,726 rooms available across the segments, with further 4,039 in the pipeline. On the other hand, national capital region of Delhi is currently home to 14,724 hotel rooms, but only 1,492 more rooms areare in the pipeline

Among the hotel chains that are adding new hotels in the city include Hilton, JW Marriott, Four Seasons hotels, among others.

The demand in Bengaluru is driven by business travellers that constitute about 85-90% of the premium segment room demand. “BFSI and PSU companies mainly account for the demand in CBD area while Whitefield and Electronic city areas have demand from /ITeS companies,” the report said.

Hotels in Bengaluru witnessed a surge of 9.4% in marketwide Revenue per available room (RevPAR) in FY18, surpassing the other major hotel markets in the country, the report said.

“Driven mainly by robust growth in occupancies, the city’s hotels also exhibited an increase of about 3.7% y-o-y in average rates. The fact that the resilient market performance was accompanied by a 5.6% growth in supply bodes well for the city thatis expected to add approximately 5,700 rooms in a phased manner over the next five years,” it added.

Meanwhile, on the consumer side, the average room rates are expected to grow at an average of 3.5-4.5% per annum. “Also, we expect the occupancy to inch up to an average of about 68-70% by the end of FY23 compared with 66.6% in FY18. Accordingly, room revenue at the rate of about 10-12% CAGR over the next 5 years,” the rating agency said.