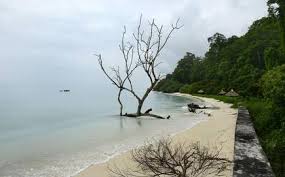 It’s been almost three years since NITI Aayog demanded investments in ‘island tourism’, however few have responded so far, may be due to financial viability.

Lately, the Ministry of Home Affairs, together with NITI Aayog and the Ministries of Environment, Fisheries, Defence and Tourism, among others, had arranged a meeting to evaluate the development on the proposal to build up the Union Territories of Andaman and Nicobar (A&N) as well as Lakshadweep Islands.

In Andamans, the government is all geared up to build eco-tourism resorts in Aves, Long and Smith Islands. Nevertheless, the deadline for bidders in submitting their proposals have been extended twice over —- once by January 14 and then till January 31 — as entrepreneurs are unwilling to invest in the said projects.

Aves Island is a virgin beach with a mere shoreline of two kilometers. As per recent census report, there are only two adult males living in one village on the island.

Bidders are quite anxious in terms of accommodating a staff of 100-plus outsiders, providing fresh water, electricity and construction material, as the government has mentioned that developers should bear those responsibilities. The prime concern of the bidders are decreasing waste generation, a proper disposal plan, and the support of local and Central administration in infrastructure development.

As the government in its request for qualification has outlined that the bidders will be required to build 50 four-star resort rooms on Aves island with ₹36 crore investment, one of the bidders expressed concerns about the Andaman and Nicobar Islands Integrated Development Corporation (ANIIDCO) mentioning that the current land area of 2.75 hectares will fail to maintain a load of a 50-key camp.

“There would be an additional burden on land to house a staff of over 100; fewer number of guest rooms and a smaller employee count shall ensure less waste generation and low burden on the ecology of the island. It is a win-win scenario for the environment and private players,” stated the bidder. To this, the government replied saying there would be no change in the provisions.

“The number of rooms has been estimated based on site surveys and a technical analysis carried out by technical consultants. (There will be) No change in the number of keys for the eco-tourism resort at Aves Island,” it stated.