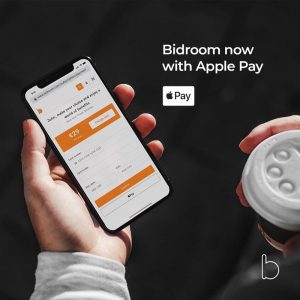 Bidroom.com hotel booking platform has introduced Apple Pay purchases for its customers. The service was rolled out in the Netherlands on June 11. From July 9, Apple users on Bidroom.com can now pick one of three available plans that grant them access to major discounts in over 120,000 hotels in 128 countries. This function is accessible to residents of the United Kingdom and of 54 other regions where Apple Pay is available (as indicated by Apple’s official list here).

The company aims to offer hotel rooms cheaper than any other OTAs. More convenience and payment options will help it to achieve this goal as per Michael Ros, Bidroom’s Chief Operating Officer. They are always on the lookout for ways to simplify the booking process and make it more intuitive and frictionless for their users.

Bidroom’s worldwide audience has been recognized as mainly tech-savvy users between 30-40 years of age who take at least 10 short trips a year. Traveling so often, they’re keen on joining membership-based programs that allow them to save on their bookings in the long-run.

From July 9, Bidroom users will now notice a new Apple Pay option button right after the membership selection screen. Users can click on that to confirm the transaction on their iPhone, Apple Watch, or with the Touch ID scanner on MacBook Air and MacBook Pro. For Bidroom, Apple Pay will become a standard payment option wherever possible.