Boating services to be resumed at various tourist hotspots in Visakhapatnam 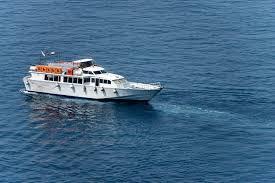 Boating services would be resumed at various tourist hotspots in Visakhapatnam soon by the second week of December. It was announced by the officials from the Andhra Pradesh Tourism Development Corporation (APTDC).

Recently, a team of experts from Kakinada Port inspected the facilities and suggested the Tourism Ministry that all boat drivers need to go through a certification course. As per reports, the APTDC suspended boating services following a boat tragedy in the Godavari, which was discouraging not only for the APTDC but also for the visitors.

An official from the APTDC said that the tourism department is now planning to start boating operations as soon as the drivers are done with their training, which might take another 15 to 20 days. However, he assured that the department will try to resume the boating services soon without missing the tourist season.

AP Tourism Minister Muttansetty Srinivas Rao, while attending the Regional Tourism Investors and Stakeholders’ meet, organized with support from the Andhra Pradesh Tourism Department and Andhra Pradesh Chamber of Commerce and Industry federation in Rajahmundry, said that the tourism project will now be classified into three categories, including regional, national and global, besides the tourist hotspots being revamped with basic infrastructure facilities.

The tourism minister stated that tourism projects are being planned for providing livelihood, security, and jobs. He also directed officials to set up tourism guides for every district.